It is 2019. Don’t we deserve something better than Matplotlip to build our graphs? Sure we do! Enter Plotly, an awesome and super versatile library to create a wide array of compelling data visualizations.

In this article, I want to introduce you to the version 4 of Plotly. While this library is very extense, I want to give you the fundamentals that will have you up and running. If you want to follow the examples, I recommend you use a Jupyter notebook.

By the way, the Plotly documentation is supberp!

Plotly is two things: a company and a group of open source graphing libraries. plotly.js is a JavaScript library built on top of D3. We can use it in Python thanks to plotly.py, a Python library that manipulates the JavaScript version.

Previous to version 4, we had 4 possible functions to create the plots:

Now, things are much easier; we have a single function: plotly.io.show. There is another way to create your graphs, the show() method of the Figure object; but we’ll get back to that later.

At the center of a graph lays the Figure structure. We can see it as the specification of what data we want to plot and how we want to plot it. We can represent a Figure simply as a Python dictionary.

A Figure must contains two sub-structures: Data, which simply is a list of Trace specifications, and Layout.

Each Trace is an specification of how we want a particular set of data plotted. This is the structure where we specify the coordinates of the points we want to plot. As with Figure, we can represent a Trace with a Python Dictionary. Depending on the type of graph, the attributes for the Trace object will vary; nevertheless, there are some common properties; for instance, “type” specifies what kind of plot we want to build (the default is “scatter”).

This is the general layout of a Figure structure:

If you want to know all the available properties for these structures, you can check out the full reference

But, how do we plot a Figure-dictionary? It is quite simple, we’d use the plotly.io.show function we mentioned before.

Graph objects to represent the figures

While it is completely valid to use dictionaries to specify our graphs, Plotly offers a group of specialized objects to create and tune each aspect of our plots; collectively, they are called graph objects. In order to access them, we need to import the right package:

To build a Figure object, we can specify the data and layout parameters; this is very logic if we remember the specification the Figure specification.

Now, something very convenient from the Figure object is its show method, which we can call to immediately display our graph. Let us see a quick example:

There is not a data object on its own; rather, we represent the Data specification a a list of Trace objects.

Unlike the trace structure created with dictionaries, we do not set the type property directly; instead, we use one of the specialized subclasses of the Trace object. For instance, if we want to create a scatter plot, we’d use the object plotly.graph_objects.Scatter; similarly, if we wanted to build a bar plot, the plotly.graph_objects.Bar object would be the appropriate.

In the same sense, each type of trace object possesses its own set of parameters, depending on the nature of the plot.

Let us see how we’d use the Trace objects:

We can find this object as plotly.graph_objects.Layout It determines how the plot is gonna look like. In this object we can adjust aspects as legends, axes, colors, grids, etc.

Let us see an example:

Given that the graph objects can have deeply nested properties, it can quickly become tedious to modify one of these properties. Do not worry, though! Plotly is got your back covered with magic underscore notation. For instance, we can go from this:

The underscores often mean that some nested property is being accessed; however, there are some properties that include an underscore in its name. These cases don’t imply magic underscore notation.

No matter if a Figure is specified with dictionaries or with graph-objects, it can be later updated.

In this case, we’d use the method go.Figure.add_trace in order to add new traces.

By the way, there is also a family of add-methods to add specific traces. The advantage of this approach is that we can define the trace as we are adding it. As an example, let us suppose we want to add a new scatter trace to our graph:

We can update the properties of the Trace objects; for that, we’d use the go.Figure.update_traces(patch=None, selector=None, **kwargs) method. Let us explore its main parameters:

The magic underscore notation is valid for both, patch and selector.

As usual, en example may come in handy:

for each trace method

We can traverse the collection of Trace objects with the method go.Figure.for_each_trace(fn, selector=None, **kwargs)

Maybe our data is just fine but we want to tweak the look of our graph; no problem! with method go.Figure.update_layout, we can update all the properties of the Layout object.

We can indicate the properties-value pairs for the layout in two ways, using a dictionary, or directly indicating the attributes as keyword arguments int the function. In either case, magic-underscore notation is valid. 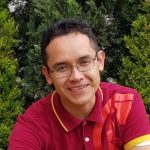 Karlo is a Chemist who fell in love with Statistics. He’s been working as a coder in Mexico’s Health Department for the last 8 years. He’s a believer of the power of computing to free people from boring and repetitive tasks, giving them more time to be creative. Collaboration, sharing, and teamwork are fundamental traits of his work creed.