TEaCH kids how to read, play and code

Thanks to technology, so much has changed since many of us were children, we used to play outside, precisely because we didn’t have smartphones, laptops, ipads or any other electronic devices. We learned from movement, hand-on interaction, we absorbed information through books and socialization with other humans.

Nowadays, a lot of people believe that raising children who are downright addicted to electronic screens is a real danger. Even Steve Jobs and others in the tech industry followed an idea: “Shield kids from technology”.

The truth is that technology is an integral part of today’s world, especially for kids. While some parents may fear the powerful role technology plays in their child’s development, there is ample evidence that it also has a positive impact. The impact could be better if we make an effort on teaching kids to use technology, even major benefit if they know how it runs.

Children are familiar with technology, but they don’t know how it works. As Mitch Resnick (Scratch creator) said: “it’s like knowing how to read, but not how to write”. It´s useful for everybody to learn how to read and write, the same happens with coding. If kids are able to learn a lot of things while growing, why don’t learn to program and write codes for computers?

Knowledge of programming, even at very basic levels, improves math and logic skills. Probably most of the children won’t grow up to become a programmer, and that isn’t what we pretend to do, it´s  just about giving kids a reason to use technology and a way to learn skills of thinking creatively, reasoning systematically and working collaboratively; these are things that people can use no matter what the do in their work lives.

There’re plenty of apps to help kids learning new things and some other that can help them to start digging into the tech world while they have fun. Some interesting ones that you may want to introduce to your kids are:

Scratch: The one created by Mitch Resnick from the MIT, as the same time your kiddos play they are learning to code, and also coding to learn, as Mitch said. It’s a  functional way to learn basics of coding using a simple and colorful system. 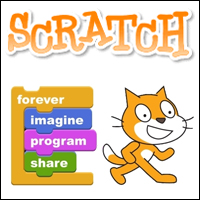 Code.org: It is a nonprofit organization founded by Hadi and Ali Partovi brothers , which aims to encourage people, especially college students to learn about computer science. This organization is responsible for providing free programming lessons through its website. 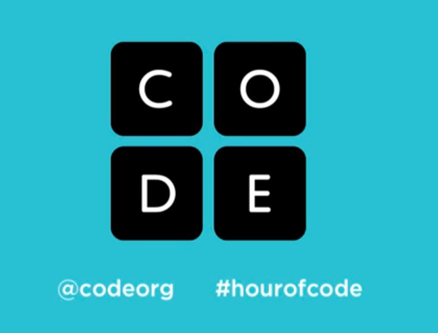 If you go to your app. store or google play, you’ll find many other options to support learning skill, such as reading, writing, languages, math, music, just to mention some.

As you could see, to eliminate contact with technology can be a radical, technophobic and even an absurd measure, due to it is an important part of the life. However we definitely need to find the perfect balance between technology usage (advisable: Teach kids how to code) and non-tech activities.

The most smart thing we could do regarding to the usage of gadgets and related items is to use technology in our and children favor.

So, next time you think how you will raise your kids, you may want to consider giving your children a new way of discovering things through technology, and of course, keep encouraging them to play outside surrounded by nature and people.

Find out more at: