Are You Ready To See Your Company Disappear?

If the answer is no, then, you should start embracing creativity to drive innovation in your company.

The majority of companies who have disappeared or have had the fortune of decreasing it’s size and/or relevance in the market only, have gone through similar behaviors: arrogance, caution, and fear. The entrepreneurial, innovative, and risky spirit which initially distinguished them, is threatened by routine, commitments, success and fear of losing what has already been achieved. At some point or another, we have all been through this behavior, either in the personal, work or business arena. Those ideas and the creativity which awoke our enthusiasm of learning and conquering what we didn’t have, made us provide new, different, and innovative proposals. Now, if we don’t follow this same path of creativity to the fullest, we’ll find another path, the one going downhill. Scary, right? Don’t worry, this is natural and very human. Human enough, that Dr. Carol Dweck, professor at Stanford University, wrote a book called “Mindset” the new psychology of success, which suggests two types of mentalities: the fixed mindset and the growth mindset. A person with a fixed mindset tends to avoid new challenges, repeats methods learned in past experience’s; they struggle with obstacles, they’ll ignore criticism and will feel threatened by other’s successes. As a result of all this, sooner or later, they’ll come to a standstill mode. We tend to compare them with a mature attitude. A person with a growth mindset sees effort as the way to master their talent. Remember Malcom Gladwell’s “Outliers”? They’ll take on any challenge despite the risk, they’ll fight against adversity, learn from the criticism, and find an inspiration in other’s successes. Consequently, they’ll achieve innovation and greater success.

We all start out in life with a growth mindset during our learning process, and once we mature we come closer and closer to switching into the fixed mindset to raise ourselves, prepare for our decline, and death. Isn’t this the same thing that has happened to companies which have innovated or disappeared? Where has the growth mindset been abandoned? What is better, having a fixed or growth mindset? Luckily, we can mold our mentality with effort, it isn’t set and can be controlled. First and foremost, it’s worth analyzing what type of mentality we have as individuals, and consequently, as a company. Without a doubt, balance generates an extraordinary potential, as with all things. In both cases, this balance requires a lot of effort and sacrifice to abandon traditions, opinions and behaviors acquired during our life time, as well as experience and old habits. However, with time it is easier to raise yourself into a fixed mentality and abandon the growth mentality. We could call this ageing, but as Picasso once said: “In life we have to die young, as late as possible”. Because we all know that it is easier to enter a “mature” comfort zone; I have decided to focus on giving some advice to recover our naivety and foster the growth mentality where innovation, curiosity, and creativity lives, a truly powerful but highly fragile tools.

1. With creativity anything can be solved
Don’t kill new ideas. As manger or director, it is important for you to adopt a humble attitude and have an open mind towards new perspectives. Sometimes the most absurd ideas turn out to be the most innovative ideas. It is also important for your colleagues to feel free to put out any idea, no matter how bad it may seem, without the fear of being ridiculed… always strengthen another idea, instead of listing the “don’t’s”, focus on the “do’s”. Make it bigger by asking, “What if…?” and “What else?”.

2. The worst moment to look for an idea is when you need it.
Not having a creative process within your company’s Core Business will lead to unfounded mental hiccups! Promote Brain Food, send them information, readings, white papers related to the task at hand prior to the brain storm meeting, in other words push to, Curiosity, Observation, Experimentation, Knowledge, Analysis, Execution and Learning.
The fear of failing is creativity’s number one enemy. If your colleagues don’t feel free to explore new paths and take risks, it will be very hard for them to think creatively.

3. Don’t think outside the box. Play inside the box, but to the limit. Be Bold.
Going back to Picasso for a moment. For Picasso to have become the father of cubism, he first had to master all possible techniques and skills. In order to break the rules, you have to know the rules. Let’s use tennis as an example. Can you imagine a court without a net? With no lines to determine the playing space? No official? It would make no sense, it would have no purpose. Thoroughly understanding the “box” will define how far we’ll go to have greater ideas and not any insignificant mental hiccup. Now we can play to the limit, which as we all know, is where tennis player makes millions of dollars. There, in the risk zone, not in the comfort zone at half court.
Strangely enough, it is easier to boost creativity when we focus on one specific goal.

4. One for all and all for one.
Sometimes we are so familiarized by the situation that we can’t see it in a different way. This is why somebody else’s fresh vision on the situation can provide new viewpoints that we were overlooking. Play with work groups, blend the different departments so they experience novelty in their treatment.
This is where someone with a fixed mindset should be in a work group to assure process, work flow, time keeping and results.
“Inspiration exist, but it has to find you working”.

5. Good ideas, such as wine, take time.
It has been proven that ideas developed under time pressure often turn out to be the most obvious ones. However, with a greater span to work on ideas, these could unfold to generate more innovative and sustained solutions.

Keep in mind that creativity isn’t only to be at the front of the pack, but to stay in it. The sooner you begin, the sooner you’ll be able to have Airbnb’s “luck” and not Kodak’s. 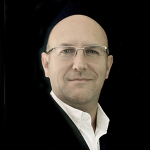